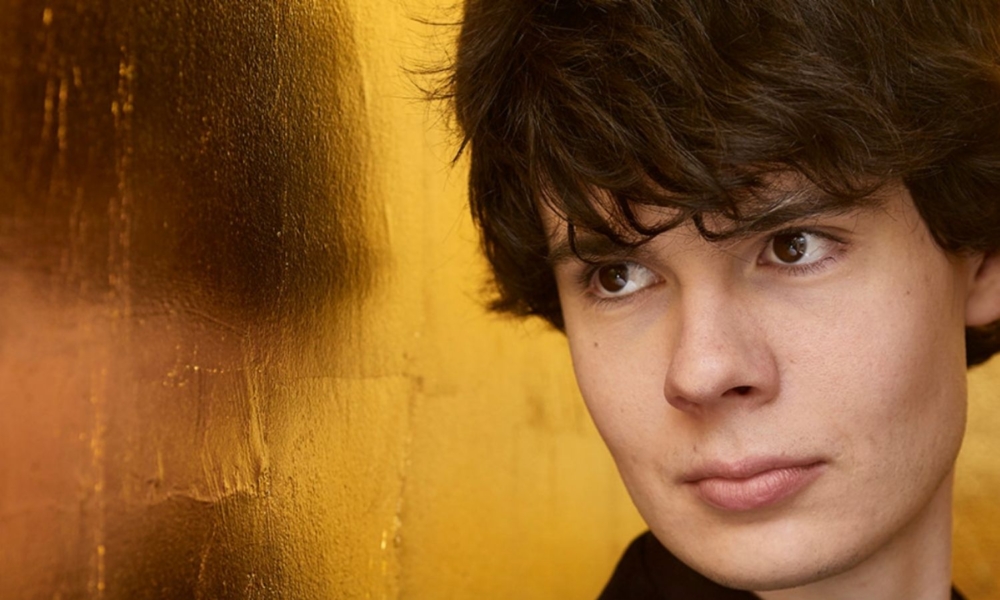 Justin Taylor is one of the most lauded young harpsichordists today, performing in concert halls around the globe. His latest album ‘La Famille Rameau’ received much acclaim from premier reviewers.

At just twenty-three Franco-American musician JUSTIN TAYLOR  won First Prize at the prestigious International Musica Antiqua Harpsichord Competition in Bruges (2015) as well as the Audience Prize, the Alpha Prize, and the EUBO Developing Trust Prize awarded to the most promising young European musician. He was later one of the three finalists in the “Instrumental Soloist Revelations” category in the 2017 “Victoires de la Musique”. That same year, the Professional Critics Association awarded him the “Musical Revelation of the Year” Prize.

Since he was a child, Justin Taylor has played both the piano and the harpsichord with passion. After studying both instruments in Angers, his hometown, he continued his studies, at the Conservatoire National Supérieur de Musique of Paris, studying with Roger Muraro for piano, and  Olivier Baumont and Blandine Rannou for harpsichord.

Justin Taylor already has more than ten recordings. His first solo disc, La Famille Forqueray: Portrait(s) (Alpha Classics, 2016), received worldwide praise and was awarded a Gramophone Editor’s Choice, a “Choc de l’année” from Classica magazine, and a Grand Prix from the Charles Cros Academy. His second solo disc, Continuum (Alpha Classics, 2018), devoted to Scarlatti and Ligeti, was chosen by the newspaper Le Monde as one of the top 5 classical discs of 2018. As gifted at the fortepiano as at the harpsichord, he has recorded Mozart’s 17th concerto (K 453) with Le Concert de la Loge (a disc that received a “Choc” from Classica). He was also chosen to record a double disc of previously unknown or little-known Bach works for the BACH 333 collected works issued by Deutsche Grammophon in 2018. He has given solo concerts at the Louvre Auditorium, at the Roque d’Anthéron Festival, at the “Folles Journées” in Nantes, and in countless European cities. During the 2019-2020 season, he will give his first concert in Japan (Tokyo, Oji Hall) and return to the United States (Washington D.C., San Diego), where he also gave a concert in 2018. He has played with many orchestras, including the National Orchestra of Île-de-France, the Royal Chamber Orchestra of Wallonia, the Geneva Chamber Orchestra, the Orchestra of Picardie, and the Mannheim Philharmonic Orchestra.

Justin Taylor has also been very engaged in chamber music repertory. With his ensemble, Le Consort, he won First Prize in 2017 at the Loire Valley International Early Music Competition overseen by jury president William Christie. With the mezzo-soprano Eva Zaïcik, the ensemble recently recorded its first disc for Alpha Classics: Venez chère ombre, devoted to French cantatas.  This disc has already received a “Choc” from Classica and is among the “Choices” of France Musique, the national music public radio station. The ensemble’s second disc, the collected trio sonatas of Jean-François Dandrieu, will appear in September 2019 (Opus 1, Alpha Classics). Le Consort is in residency at the Banque de France and the Singer-Polignac Foundation. Justin Taylor records exclusively for Alpha Classics and is sponsored by the Safran Foundation.

Libre Belgique: Justin Taylor has “… a clear, brilliant, dynamic way of playing, ever in movement, ever inventive.” La

Classics Today: Justin Taylor is “…an artist of fluid, flawless technique, bold ideas, and …much sensitivity…”

Gramophone: “With a technique both neat and quick, [Justin Taylor] spins the music in smoothly contoured paragraphs, adding tightly curling ornamentation here and there but without hindering the music’s natural flow and rolling energy…”

Date to be announced