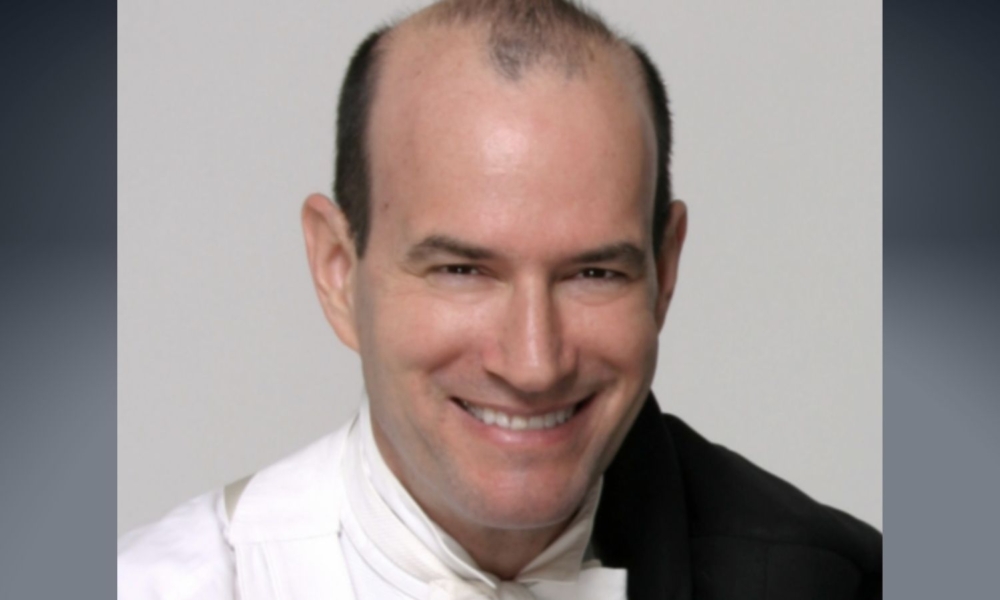 THIS EVENT IS SOLD OUT.

Capriccio is delighted to have renowned artist Andrew Appel perform at this very special Benefit Soirée, an important fund raiser for Capriccio, a registered 501(c)(3) non-profit.  Benefit Soirées make it possible for Capriccio to continue its mission of presenting intimate, world-class harpsichord concerts.  A donation of $200 secures one seat at this very special Soirée, with 75% of that amount being tax deductible. The evening includes a full music program followed by a complimentary dinner served with fine wines sourced by the International Wine Review.

Andrew Appel, Artistic Director of the Four Nations Ensemble, performs throughout Europe and the United States as soloist in many festivals including Italy’s Spoleto Festival, New York’s Mostly Mozart Festival, and the Redwoods Festival. As recitalist, Mr. Appel has performed at Carnegie and Avery Fisher Halls in New York, as well as halls from the Music Academy of the West to the Smithsonian in Washington DC. Besides his work with The Four Nations Ensemble, he has been a guest of Chatham Baroque, the Smithsonian Players, and Orpheus. He serves as harpsichordist for Opera Lafayette and has toured with several European chamber orchestras. He has enjoyed critical acclaim for his solo recording of Bach works with Bridge Records as well as his fortepiano performances of Haydn for ASV. He presently records for ASV and Smithsonian recordings.

As an educator, Appel has been called upon to create significant programs in arts education for elementary school students and professional development for teachers. Appel created a program linking the Amarillo Symphony to the public schools in that city, “Music makes the Difference.” In Chatham, New York, Appel organized festivals of culture and history for third through sixth graders while instituting “salon discussions” between the teachers of Chatham and art curators, dance historians, musicologists, and arts journalists. Both programs have made significant additions to the lives of participating school communities. With Four Nations and funding from Chamber Music America, Appel has designed and run residencies in communities around the country with kindergarten through college students, most recently in St. Cloud, MN.

As a writer, Mr. Appel has written program notes and articles for presenters around the country including Lincoln Center, New Jersey Performing Arts Center, and National Public Radio. Mr. Appel has participated in discussions on education and chamber music programming at conferences of Chamber Music America, the Association of Performing Arts Presenters, and the New York State Council on the Arts. He currently serves as President of the Board of Trustees of Chamber Music America. He has been regularly praised for pre-concert talks that contextualize the music and open areas of discovery for the audience.

A native of New York City, Appel discovered the harpsichord at 14 and began lessons with Tim Read and Igor Kipnis. First-prize winner of the Erwin Bodkey Competition in Boston, he holds an international soloist degree from the Royal Conservatory in Antwerp where he worked with Kenneth Gilbert and a Doctorate from the Juilliard School under Albert Fuller. There he has taught harpsichord and music history. Andrew has also taught harpsichord, chamber music, music history and humanities courses at Moravian College, Princeton University, and New York Polytech, now a division of NYU.

Pulse: Andrew Appel’s CD ‘Johann Sebastian Bach is “…one of the most compelling Bach harpsichord discs to come along lately …. What emerges in his playing is a kind of improvisatory flair that gives the music a special vibrancy, a feeling of being spun forth on the spot and from the heart.”

Classical Music in Review: Andrew Appel played “…with the kind of virtuosity that looks effortless without discounting the music’s demands.”