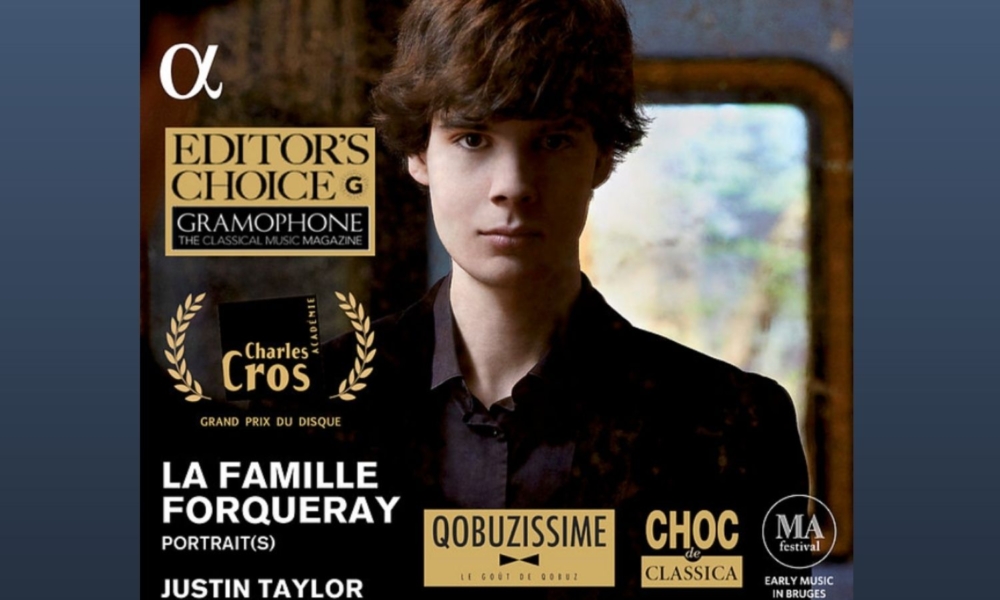 Justin Taylor, first prize winner of the world’s most prestigious harpsichord competition at just 23, makes his debut performance in Washington DC with Capriccio.

At the age of just twenty-three, Franco-American musician Justin Taylor won First Prize in 2015 at the prestigious International Musica Antiqua Harpsichord Competition in Bruges, as well as the Audience Prize, the Alpha Prize, and the EUBO Developing Trust Prize awarded to the most promising young European musician. He was later nominated as one of  three finalists in the “Instrumental Soloist Revelations” category in the 2017 “Victoires de la Musique”.  The same year the Professional Critics Association awarded him the “Musical Revelation of the Year” Prize.

Justin’s first disc was issued under the Alpha label in September 2016. Devoted to the Forquerays – La Famille Forqueray: Portrait(s),” Alpha Classics, 2016 – it received much international attention, being awarded a Gramophone Editor’s Choice; a “Choc de l’année” from the magazine “Classica”; and a Grand Prix from the Charles Cros Academy. As gifted as a fortepianist as a harpsichordist, Justin recorded Mozart’s 17thconcerto (K 453) with Le Concert de la Loge and this disc was released by Aparté in September 2017 (Choc Classica). Justin has also recorded a double disc of Bach works for Deutsche Gramophone for the BACH 333 integral. Justin’s disc Continuum, devoted to Scarlatti and Ligeti, was released in May 2018. Justin Taylor records exclusively for Alpha Classics.

Justin Taylor is also very involved in chamber music repertory. With his ensemble, The Consort, he won First Prize in 2017 at the Loire Valley International Early Music Competition, under jury president William Christie. In residency at the Singer-Polignac Foundation, the young musicians of The Consort interpret repertories that are as varied as they are complementary: Baroque trio sonatas, vocal music with the mezzo-soprano Eva Zaïcik, and classical chamber music with the fortepiano. Justin receives sponsorship from the Safran Foundation.

ClassicsToday.com: Justin Taylor is acclaimed as “…an artist of fluid, flawless technique, bold ideas, and much sensitivity”