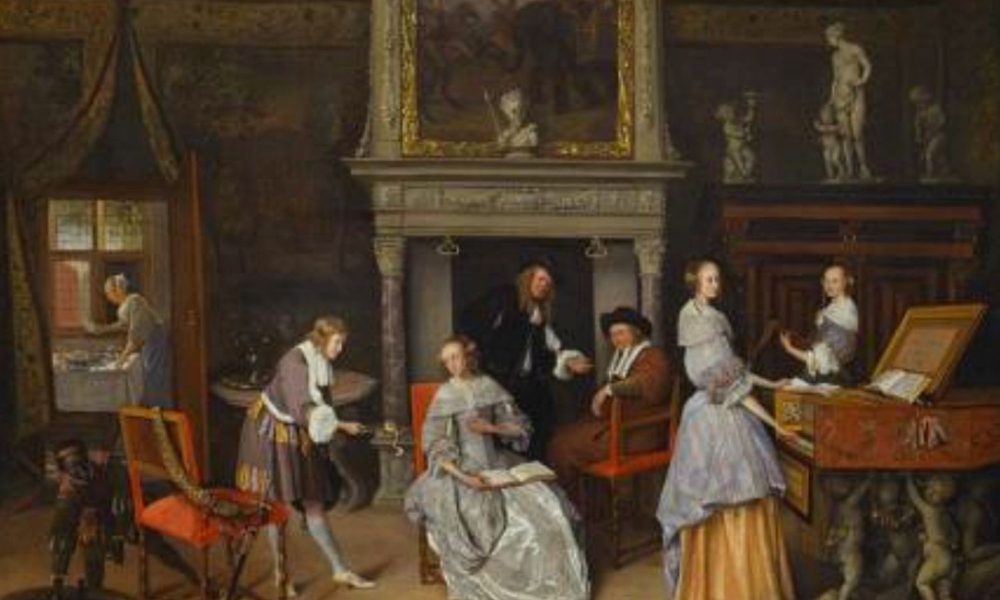 Alberto Busettini has taught harpsichordists of all abilities and ages – young children, adult beginners, & finalists at the International Harpsichord Competition, Bruges.  Amateur harpsichordists of all abilities are welcome at Capriccio’s Master Class  which will focus on “Refining the Harpsichord Touch”.  Participants may attend either as a performer or auditor.  The Class can accommodate a maximum of 5 Performers.   Performers will each be allocated 25 minutes in which to perform their piece and receive input from Alberto.  The instrument will be a  double-manual William Dowd, 1972.
Morning tea/coffee and cream scones will be provided during the mid-morning intermission.

Alberto Busettini has had a deep interest in the Harpsichord and Early Music since he was a child. This passion became his profession and life.  After graduating with highest marks and mention at the Conservatory A. Steffani of Castelfranco Veneto (Italy), he specialized in Harpsichord, Basso Continuo and Baroque Orchestra in The Netherlands and then studied at Chigiana Accademy with Christophe Rousset.  Alberto has since performed extensively across Europe and in North and South America becoming an appreciated soloist and conductor.  He also performs with many early music groups, including Contrarco Baroque Ensemble, Opera Stravagante, Venice Baroque Orchestra and Orchestra d’Archi Italiana, as well as in Early Music Festivals such as Grandezze e Meraviglie, Alte Musik Live Berlin, Musikfest Kreuth, Wunderkammer, Mozarteum Argentino, Festival delle Ville Venete.  He has accompanied many important artists including  Alfredo Bernardini, Sara Mingardo, Stefano Montanari, Enrico Bronzi, Silvia Frigato, Anna Fusek, Sergey Malov, Angelo Manzotti, Michael Radulescu, Filippo Maria Bressan, and Gabriele Cassone. Alberto Busettini frequently performs on original instruments such as the  Walter harpsichord (1696) in Tolmezzo (IT) and the Collesse (1748) harpsichord in Paris.

Alberto collaborates frequently as harpsichordist with the Venice Baroque Orchestra conducted by Andrea Marcon, and as harpsichordist and “maestro di sala” for the Early and Baroque Music Projects at the Teatro La Fenice, Venice.  Since 2017 Alberto has been Artistic Director of Festival Risonanze.

In 2019 Alberto will be performing the Brandenburg Concertos with Enrico Bronzi and Accademia Arrigoni; will, together with Contrarco Baroque Ensemble, perform Benda’s Harpsichord Concertos  at “Alte Musik Live Berlin”, and give recitals of works by J.S. Bach and F. Couperin across Europe.