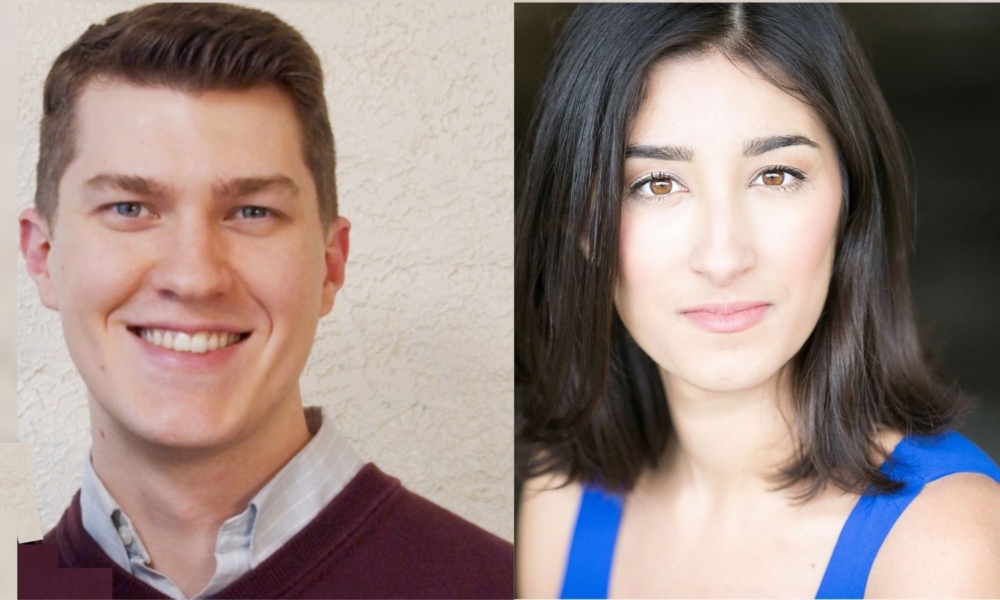 Soprano Grace Srinivasan and keyboardist Patrick Merrill are a married couple residing in Washington, D.C. with their two cats. Grace and
Patrick love to perform music that spans a wide variety of time periods, styles, and genres. They met while pursuing their Master’s degrees in
voice and harpsichord, respectively, at the Peabody Institute of the Johns Hopkins University. In addition to serving as a chorister at the
National Cathedral and Temple Sinai, Grace has been cantoring at St. Stephen Martyr Catholic Church since 2011. She has made appearances with
the Washington Bach Consort and Cantate Chamber Singers. Grace is also the co-founder of Musica Spira, an early music ensemble that specializes
in programs highlighting early modern female musicians. Patrick’s harpsichord continuo work includes appearances with the Washington Chamber
Orchestra, the Bach in Baltimore series, the Salisbury Symphony Orchestra, the Annapolis Symphony Orchestra, and Philadelphia-based
Baroque orchestra Tempesta di Mare. In 2016, he won second prize at the eighth Mae and Irving Jurow International Harpsichord Competition. He
has been teaching in the music departments at Baltimore School for the Arts and George Washington University since 2014, and is currently working
on his doctorate in harpsichord performance at Peabody Conservatory, for which is a recipient of the Dean’s DMA Fellowship.