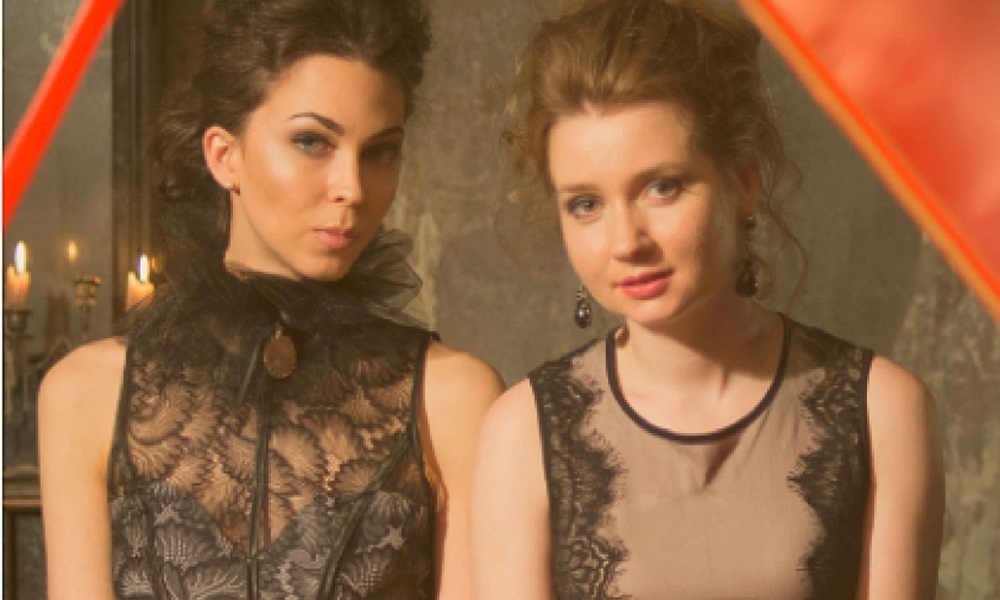 This Concert is Sold Out. Capriccio is thrilled to present The A&A Cembalo Duo at this Benefit Soirée. The Duo perform solo and duo works on one harpsichord by Mozart, Debussy, Bach, Lully & more.

Senior Lecturer for harpsichord and accompaniment at the University of Music and Performing Arts, Graz (Austria).

“[.. Anna Kiskachi completely steals the show with her virtuosic performance …moving from the small Italian to larger two-manual French harpsichord for the occasion.  This really was a show-stopping performance, full of dramatic and well-timed pauses.”  Andrew Benson-Wilson, Early Music Review.

With her numerous concerts as a soloist, as part of the A&A Cembalo Duo, and as a continuo player Anna is widely appreciated and lauded across Europe and internationally. She has performed in Russiea, Germany, Austria, France, Italy, Czech Republic, Poland, Slovenia, Finland, Great Britain, Sweden, Switzerland, Spain, and Japan.

In 2011 Anna Kiskachi and Anastasia Antonova founded A&A Cembalo Duo.  This is the only harpsichord duo in Russia and its unique and extravagant performances have been enthusiastically endorsed by audiences in cities across Europe and in Japan.

Since 2012 Anna have been an Invited Artist at the Accademia Villa Bossi in Italy.

In 2019 Anna was appointed a Senior Lecturer for harpsichord and accompaniment at the University of Music and Performing Arts in Graz, Austria.

Since 2018 Anastasia Antonova has been teaching harpsichord, basso-continuo, and chamber ensemble performance in Moscow State P.I. Tchaikovsky Conservatory.  And, since 2012 she has been an Artist of Accademia Villa Bossi in Italy.

Born in Moscow, Anastasia excelled at Classical and Baroque music from her early school years.  Her first recitals with orchestra were at age 12 when she performed keyboard concertos by J.S. Bach and W.A. Mozart.  And, also while at school, she received the honor of playing at the Great Hall of Moscow Conservatory performing solo repertoire by Mozart and Beethoven.

Anastasia performs extensively as a soloist and chamber music player in Austria, France, Germany, Netherlands, Belgium, Czech Republic, Italy, Japan, Slovenia and Russia.  Her repertoire covers music of five centuries – from English virginalists to modern composers.  As pianist and harpsichordist she has premiered a number of works by composers of the 20th and 21st centuries in Russia.  Anastasia’s recent appearances have been in venues such as the Wiener Konzerthaus; Prague’s Rudolfinum; the Great Hall of Tivolivredenburg in Utrecht; the Great Hall of Moscow Conservatory; South Czech Philharmonic; Moscow International House of Music; Moscow Philharmonic; Zaryadye Hall, and many others.  In 2018 she made her debuts with Czech Philharmonic and Prague Spring International Music Festival.

Devilish virtuosity…“
“Just grandiose!“
“Yes, you hardly believe that a harpsichord duo can give rise to such emotions…but two ladies have always found ways to awaken their instrument the imagination of long-lasting and far-reaching sounds“
Donaukurier, German newspaper

“A fulminating finger dance“
“When both harpsichordists took a seat on their instrument, their four hands seemed to belong to only one body“
Ausburger-allgemeine, German newspaper

“In fact, in the music of the two ladies, who mostly played dance arrangements of grand orchestral works, there is a poetry of intoxicating virtuosity beyond expectations“
Steirerkrone, Austrian newspaper