Concerts & Events
You are here: Home1 / Events2 / THOMAS DUNFORD – ‘ALL BACH, ALL LUTE’ 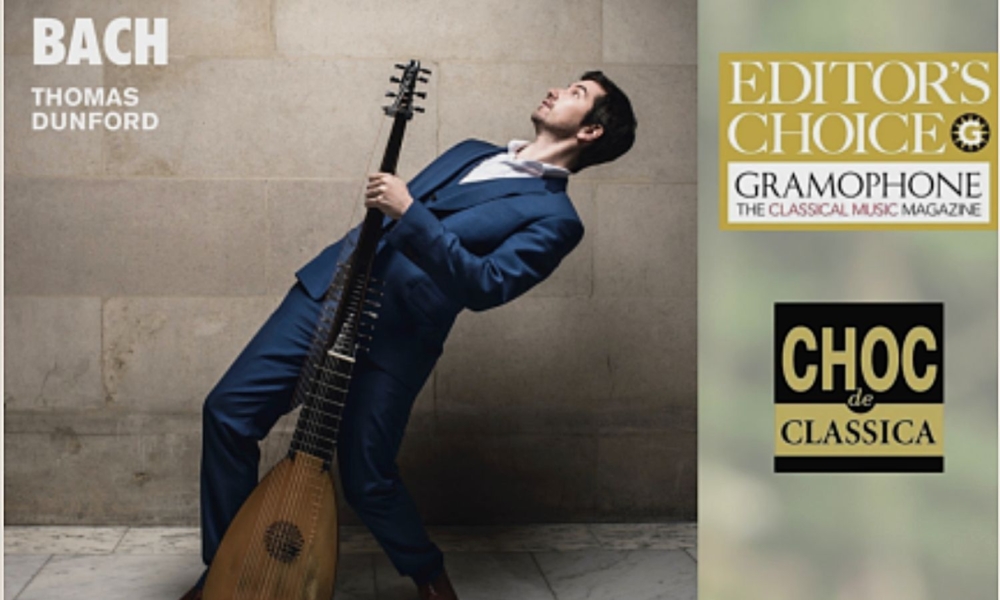 ALL BACH, ALL LUTE – THOMAS DUNFORD

PROGRAM
(Program may be subject to minor changes)

Thomas Dunford is widely recognized as one of the foremost young lute talents.  He performs widely around the globe and his recordings have received great critical acclaim and awards.

Born in Paris in 1988, Thomas discovered the lute at the age of nine, thanks to his first teacher Claire Antonini. He completed his studies in 2006 at the Conservatoire de Paris (CRR) receiving a unanimous 1st Prize with honors in the class of Charles-Edouard Fantin.​

Thomas continued his studies at the Schola Cantorum in Basel with Hopkinson Smith and participated in several master classes with top-caliber  artists Rolf Lislevand and Julian Bream and workshops with Eugène Ferré, Paul O’Dette, Pascale Boquet, Benjamin Perrot and Eduardo Eguez. He was awarded his Bachelor’s degree in 2009.​

Thomas’ recordings have received widespread recognition.  His 2018 album Bach, issued under the Alpha label, received critical acclaim being selected as Editor’s Choice by Gramophone and receiving a Choc from Classica magazine. His earlier album Lachrimae was awarded the Caecilia prize of 2013, with BBC Magazine calling him the “Eric Clapton of the lute”. Thomas’ album Labirinto d’Amore  also received a Choc from Classica magazine.​​

Gramophone: “What we get with Dunford’s Bach is … a certain purity, a relatively unadorned line which assimilates articulation in favour of flow and clarity. The expression – of form or emotion – is all in the phrasing, which relies on the art of silence as much as a subtle rubato. It’s quite beautiful and refreshing, as though excrescences have been shorn away to reveal the classical architecture underneath.”

Planethughill.com: “Dunford’s unshowy virtuosity and deft control of the instrument’s colours really drew you in.”