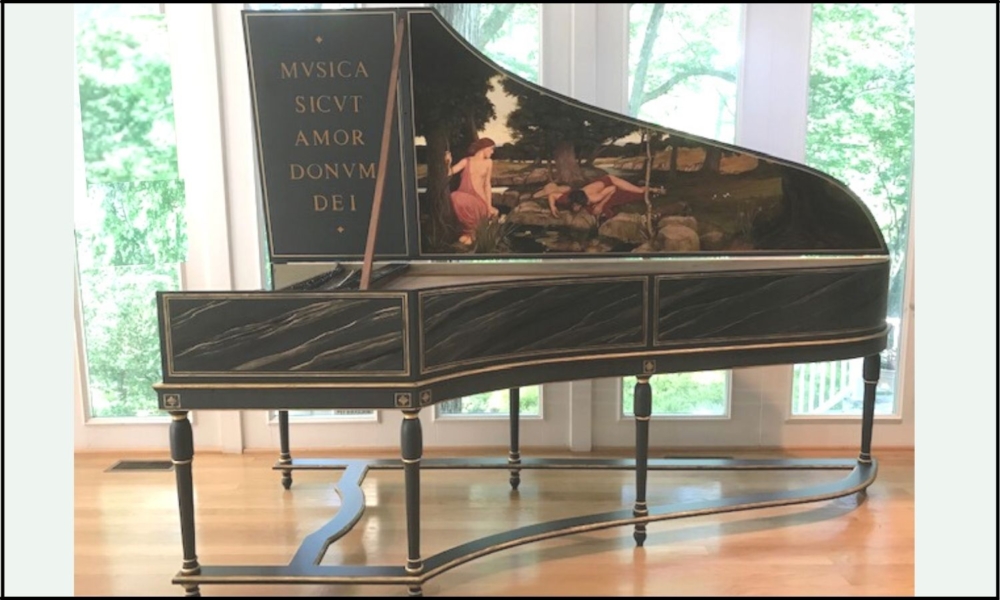 Capriccio is delighted to have access to a second very fine harpsichord for its concerts. This beautiful instrument was built and decorated by Colin Booth, one of Britain’s premier early keyboard builders. Colin is also an acclaimed recording artist and performer. This two-manual instrument is built after J.C. Fleischer’s 1710 one-manual harpsichord, now housed in the Berlin Musical Instrument Museum. It has featured in early music festivals in England and was used by English harpsichordist Richard Lester in his extensive recordings of J.S. Bach’s keyboard works. Built in the German style, the instrument is particularly well-suited to northern European Baroque music. The beautiful lid, painted by Colin, shows a copy of John William Waterhouse’s ‘Echo and Narcissus’. The keyboards are GG-d3 chromatic with the usual three registers, two at normal pitch and the third at octave pitch. The registers can be used separately or in combinations. An unusually beautiful buff stop extends the range of tonal options.
Capriccio looks forward to presenting Colin Booth in concert this Season – a most exceptional harpsichordist performing on an exquisite instrument.